The sculpture that is Sujata Mohapatra 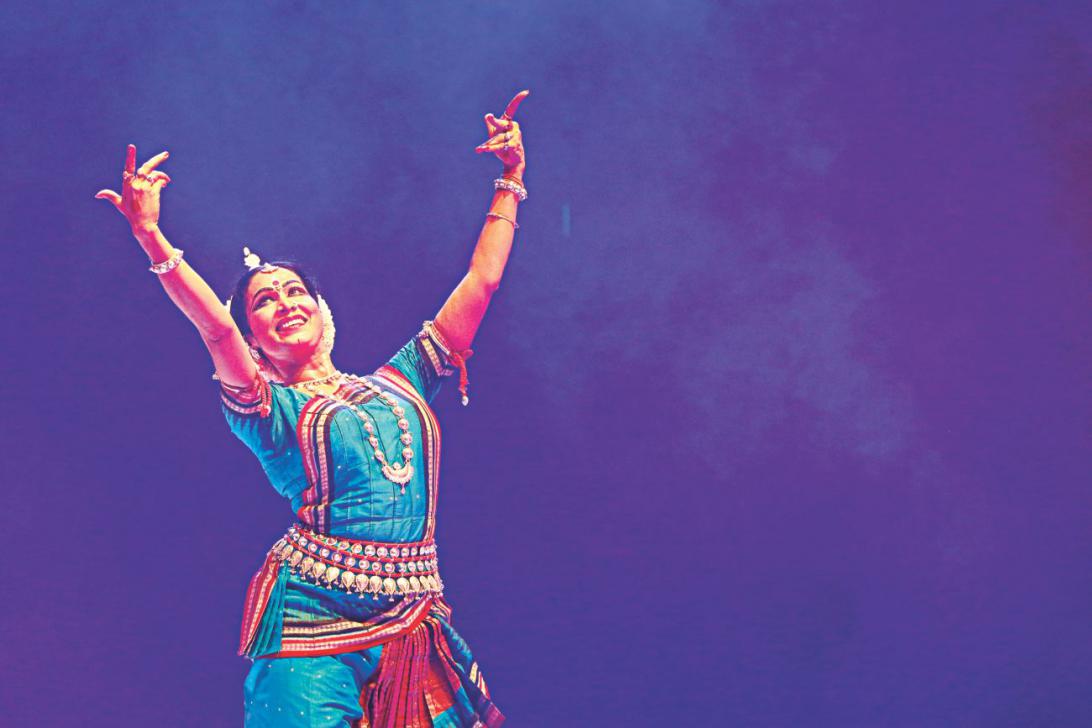 The fifth and final day of the sixth Bengal Classical Music festival began enchantingly. With the first performance of the evening itself, one could feel in the air that the night would be a magical one.

On her return to the festival after five years (she performed at the inaugural edition of the festival), Vidushi Sujata Mohapatra brought tantalizingly pure Odissi to the stage. Her performances were enriched further by the presence of co-artiste Soumya Bose, Soumyaranjan Joshi (flute), Rupak K Parida (vocal), Ramesh Chanda Das (violin), and Eklabya Moduli (pakhawaj).

She began with “Ardhanarishvara” with Soumya Bose. Ardhanarishvara is an androgynous deity composed of Shiva and his consort Parvati or Shakti, representing the synthesis of masculine and feminine energies (purusha and prakriti). According to many scriptures, everything in this universe originates from Ardhanarishvara and goes back into Ardhanarishvara after completion of its lifetime. The precision with which the dance was performed stood testament to the devotion of Sujata, a disciple of the legendary Guru Kelucharan Mohapatra. Soumya’s artistry on stage was more than just praiseworthy, and his synchronisation and chemistry with Sujata on stage created moments of miracles that will stay with the audiences for a long time.

The second of the two pieces was a segment of a dance-drama based on the epic Ramayan, choreographed by Guru Kelucharan Mohapatra, and performed by Sujata. The story depicts the kidnapping of Sita by Ravan, Jatayu’s telling of the incident to Rama and Laxman, and Rama ultimately rescuing Sita from Ravan’s evil grip. The depiction of the story, though, had a lot more embellishment and little details that made it one compact performance. A story involving six different characters, Sujata alone effortlessly transitioned from one to the next. Her moves and postures could easily remind one of the sculptures of Orissa. Yet, while maintaining the sensuality that Odissi demands, her sharp moves dictated absolute rigour and power. As the music transported us deep into the story, Sujata was on stage, visibly experiencing euphoria as she praised Lord Rama with her hands lifted towards him.

The lighting, done by Jaydev Das, added to the mysticism of Sujata’s performance. With streaks of purple and blue boldly highlighting Sujata’s every move and mudra, she moved like a hurricane of glowing bliss and successfully prepared a field full of around 30,000 people for the rest of the magical night.