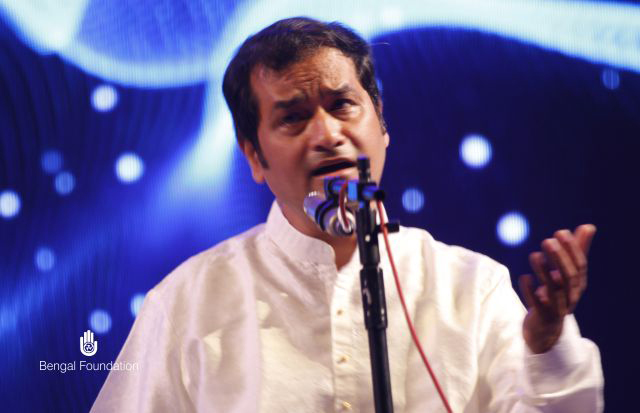 Uday Bhawalkar is a notable vocalist from India. He spent over a decade studying and living in the traditional guru-shishya parampara, training under with Ustad Zia Fariduddin Dagar – learning the intricacies of classical vocals – and the rudra-veena under Ustad Zia Mohiuddin Dagar. Bhawalkar has performed with contemporary dancer Astad Deboo, Ensemble Modern Orchestra – Germany, Ustad Zakir Hussain, Suresh Talwakar and Ustad Sukhwinder Singh Naamdhari, amongst others. He has toured in both India and abroad, and has received prestigious awards including the Kumar Gandharva Samman and the Raza Foundation Award. He has joined ITC Sangeet Research Academy as a visiting guru since 2012, and is also a guru at the Bengal Parampara Sangeetalaya in Dhaka.