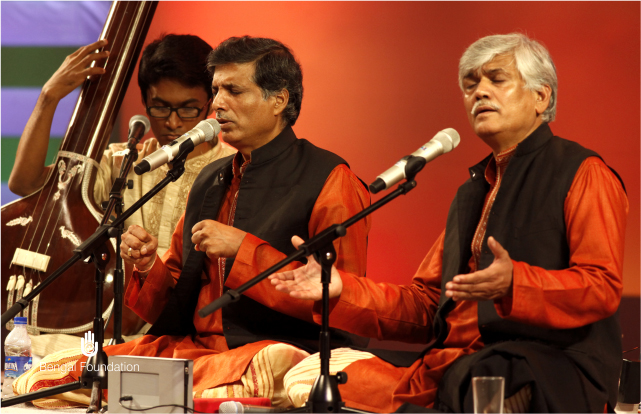 Umakant Gundecha and Ramakant Gundecha, known as the Gundecha Brothers were introduced to music by their parents, and are leading Dagarvani Dhrupad (devotional music) singers today. They were born in Ujjain in Central India into a Jain family; and received conventional university educations before moving to Bhopal in 1981 to train for four years under dhrupad masters, Zia Fariddudin Dagar and his brother Zia Mohiuddin Dagar. They gave their first performance in May 1985. Umakant and Ramakant have received many scholarships and awards, and were jointly awarded the Padmashree in 2012. The brothers have founded the Dhrupad Institute in Bhopal where they are teaching students from India and abroad.