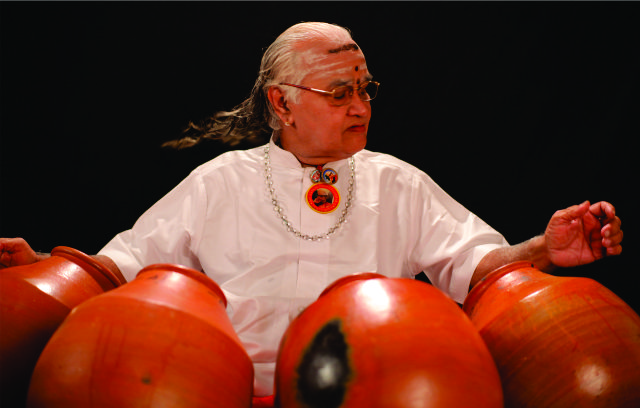 Thetakudi Harihara Vinayakram, popularly known as Vikku Vinayakram, is a distinguished Carnatic ghatam artist from India; one of the percussionists credited for popularising the instrument. He trained under the guidance of his father Thethakudi Harihara Sarma, a notable percussionist. Vinayakram has widely toured in India and abroad. Apart from being an exponent of classical, he was also one of the members of the band Shakti – fusing Indian music with elements of jazz, along with John McLaughlin, L Shankar, Zakir Hussain, and Ramnad Raghavan. Vinayakram is a recipient of the Padma Shree, Sangeet Natak Akademi Fellowship, Sangeetha Natak Academy Award, a Grammy, amongst many others, for his contributions to music. He is also the Principal of Sri Jaya Ganesh Tala Vadya Vidyalaya in Chennai, India – an academy established by his late father in 1958.