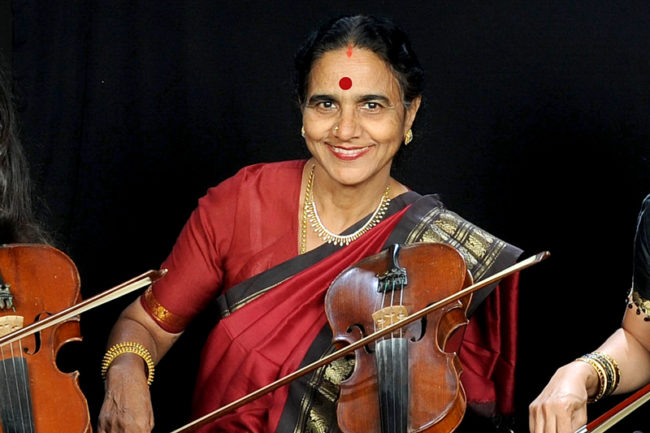 Dr. N Rajam is considered to be one of the finest violin artists in the field of classical music. Born into a family of traditional musicians; she mastered the Carnatic style at a very young age and later moved on to practice the Hindustani style of music. She is known to create a divine and sublime atmosphere through her music and her innovations introduced the ‘Gayaki Ang’, a technique that mimics vocal music on the violin, into the realm of classical music – earning her global recognition as the ‘Singing Violin’. Dr. Rajam served as the Dean at the Banaras Hindu University for 40 years and has been conferred the title ‘Emeritus Professor’ in recognition of her outstanding talents and contributions to music. She has performed in numerous prestigious music festivals all across the globe and has been the recipient of countless prestigious awards, including one of the highest civilian honours in India, the Padmashri & the Padmabhushan by the President of India, and the Sangeet Natak Akademi Award to name a few.